Let’s develop the playoffs! Part 3 – Recruitment is an oligopoly 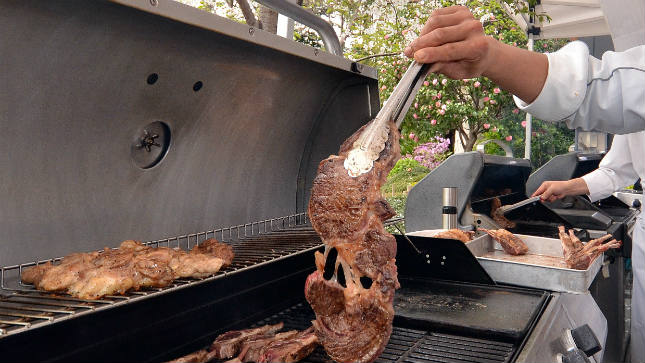 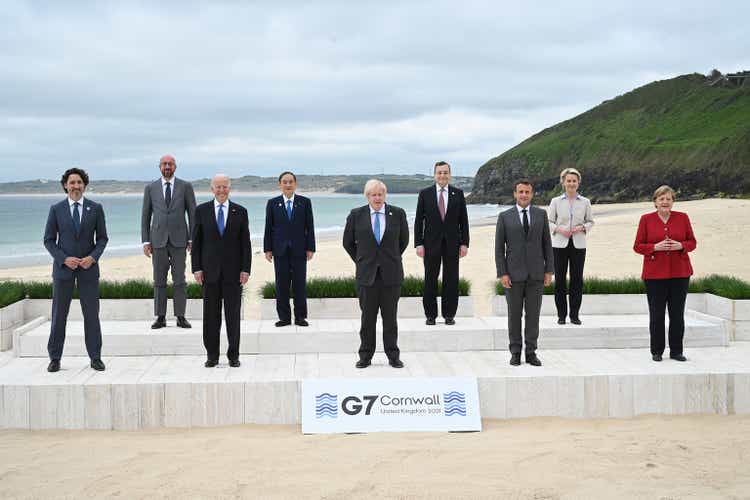 Yes, 2021 features the wobbly super-senior class who have an extra year to stay, but look again at the overall point: Of the 130 FBS teams, eight have 39 or more top players on their roster and the other 122. . do not do it.

And it turns out that out of those eight teams, five made the playoffs, four won a championship, and two won multiple championships in the playoff era.

In 2021, Alabama, Ohio state, and Georgia have recruited 15 of 34 possible 5-star high school footballers. North Carolina, Michigan, Maryland, Wisconsin, and USC signed a 5-star kid each, Miami signed 2, and everything else went to schools in the south (or the state of Ohio). And, to add an additional qualifying insult to the injury, 10 of the 35 5-star athletes in the 2021 class were from the northern states; the other 25 played ball in high school in the South.

Look, I’m not saying the Playoffs are responsible for this ridiculous bias of top-notch talent playing in a handful of schools, but that sure isn’t helping. Take the Blue-Chip Ratio, Bud Elliott’s metric to determine which teams have a chance of winning the championship by looking at the percentage of their squad that are former top-notch rookies. In 2020, 15 teams had at least 50% of their workforce made up of 4 and 5 star recruits. In 2019, there were 16, but between 2014 and 2018, the average was 12.

But keep in mind: in 2014, there wasn’t a single team that had more than 75% of its squad filled with top-notch athletes. In 2015, 2016 and 2017, only Alabama exceeded 75%. In 2018, the state of Ohio finally joined Alabama in the “over 75% club”. In 2019, three of the highest blue-chip ratios never were playing, while in 2020, Alabama, Georgia and Ohio state had the highest first, second and fourth highest first-order rates of all time, respectively.

If that’s a bunch of digital jumbo mumbo, here’s the point: Despite the recruiting cap put in place in 2011 in hopes of creating more parity in signature classes, elite teams are become more elite at the expense of the rest of the country’s teams.

So what gives? What happened in 2014 that sparked this mega recruiting arms race between a handful of teams that helped them stockpile their roster with all the talented kids possible while the rest of the proletariat scrambled to bring in one or two blue chippers for them?

In last week’s article, I told the hypothetical story of a top-notch Arizona quarterback. This concept – of elite talent moving to play for an established team that can make the playoffs – is a trend that started years ago. As of 2015, only 13 of the 23 5 stars produced in California have remained in California, with most heading to Alabama / Clemson / Ohio State. And Arizona, the only other densely populated state in the PAC-12 footprint, has had none of its 5 stars in Arizona or even on the West Coast, all choosing to play for Georgia, Texas. , Oklahoma or Texas A&M. If your elite talent leaves the region, then it is difficult to field a team good enough to compete nationally for any of the four available playoff spots for the invitation that matters. Not only must your team be elite, but the competition played must be at least “very good” otherwise you get “DIDN’T PLAY ANYBODY” -d in hell and don’t stand a chance in college football. ranked high enough to do so.

There needs to be more paths to the playoffs so that teams across the country can attract the kind of talent needed to compete with all the other elite teams and break the buildup of talent at the top of the sport. Having 8 teams with more than half of their roster made up of NFL-level talent means no one else has a prayer to win the national championship. Take Our Lady, for example. 56% of the 2020 roster was made up of former blue-chip recruits, but they were blown up by Alabama’s 83% roster of blue-chip rookies. BUT LET’S SAY OUR LADY TURN OFF THE CHANGE. Their reward was going to be either a Clemson team with 63% top-notch rookies or Ohio State with 80%. Maybe they win one of those games, but with such a huge talent deficit, they wouldn’t win two.

So now one could argue, “If so, why widen the Playoffs?” You just said they didn’t have a picture! “. You are right, internet commentator in my head! But the expansion of the Playoffs means that the G5 teams and the Big XII or PAC-12 teams now have a direct chance for the Playoffs. This regional talent will not have to export to the Southeast or Ohio and can reasonably choose a school in its geographical footprint and have the same chance at the Playoffs as everyone else. Over time, those top-notch 80% rosters will be reduced and talent will (slightly) be more evenly distributed across conferences. The rich will always be rich, of course, but not to the extent that they are at this stage.

I had a Twitter exchange this week with someone who said BCS is Missouri’s best friend because, if they made the Top 2, they would only have to beat a team to win. the national championship. That’s right, but the Tigers have been in the Top 2 polls for a grand total of … what … two weeks in its history? An extended playoff series benefits Missouri because they just need to be ranked high enough to make an all-around … or, you know, just win the conference and automatically be included. This is a much more reasonable method than BCS or our current setup … until Drinkwitz regularly begins to integrate the top 5 recruiting classes, i.e.

Recruiting is the most important thing in college football and right now the best rookies want to play for teams that qualify for the playoffs. Expand playoffs to conference champions and general submissions to help diversify the schools these rookies go to and introduce a bit of parity and chaos to an increasingly predictable sport.