Jimmie T. November 22, 2021 Swap Rates Comments Off on RBNZ floats the possibility of a debt-to-income ratio of 6 or 7 and a test floor interest rate of 7% or 8% 6 Views 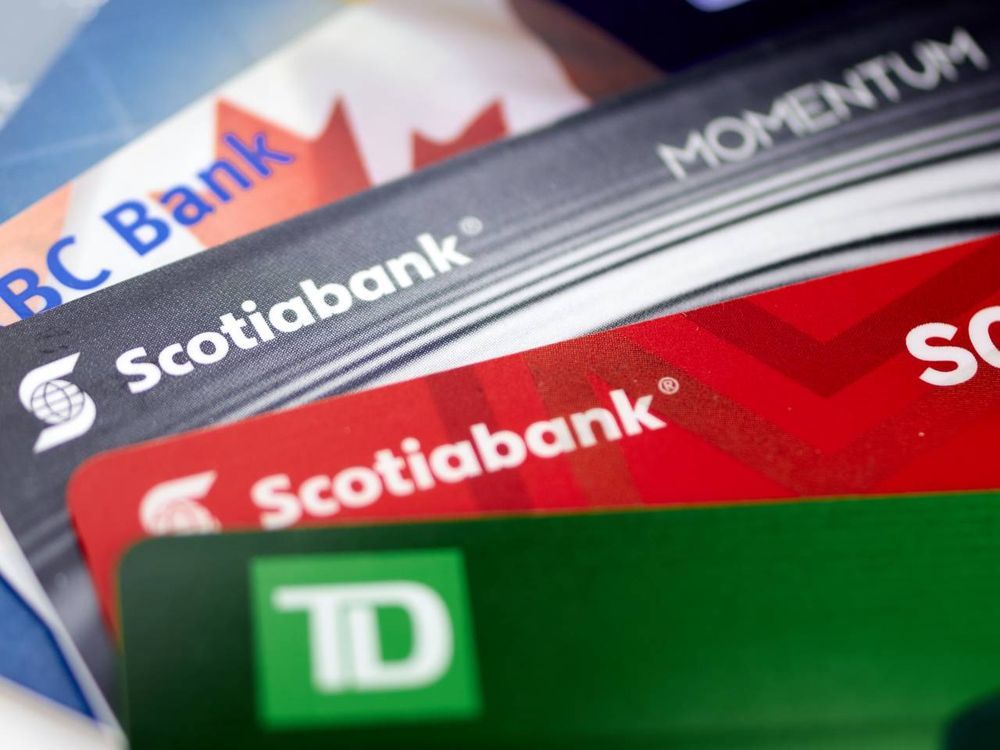 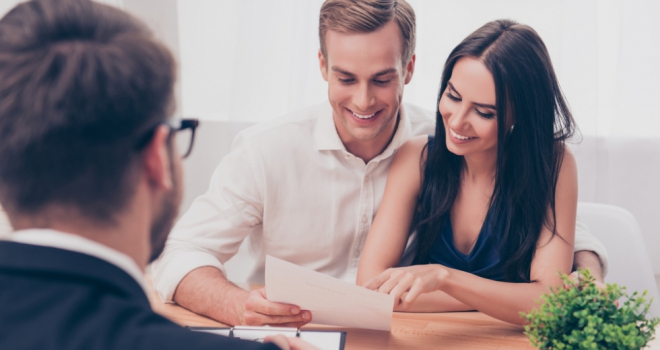 In a new consultation paper on debt service restrictions, the Reserve Bank assesses the impacts of introducing a debt-to-income ratio cap (DTI) for borrowers of six or seven and a rate test floor interest for bank lenders of 7% or 8%, but points out that these are illustrative models and may not necessarily be where such restrictions would be set.

The Reserve Bank is seeking comments by 5 p.m. on Feb. 28 on the merits and design features of the debt service restrictions on residential mortgages. It says banks will need to prepare their systems for the potential introduction of a regulated DTI limit no later than the end of 2022.

“We are not proposing to implement any restrictions on debt service at this time, but we want to prepare to implement them in case financial stability risks warrant it,” said the deputy governor of the Reserve Bank, Geoff Bascand.

“We invite comments on the merits and potential design of two types of debt service restrictions: restrictions on debt-to-income ratios (DTI) – which impose a ceiling on debt as a multiple of [a borrower’s] Income; and a floor on test interest rates used by banks in their viability assessments that test borrowers’ ability to continue to repay their loans if interest rates rise to a certain level, ”Bascand said .

A first assessment of the expected impacts of implementing a DTI cap of six or seven times gross income and a test floor interest rate of 7% or 8% is provided. However, the Reserve Bank says these parameters are illustrative and do not mean that the tools would be calibrated at these levels if they were introduced.

“At this point, it is unlikely that we will implement both options simultaneously. Instead, we envision a phased approach in which test floors are initially implemented, if necessary to address short-term risks. These would then be replaced by DTI restrictions once the design and calibration of these tools are finalized, ”says the Reserve Bank.

“In the past we have referred to a DTI greater than five as a “high DTI” loan. However, with the continued decline in interest rates, almost 60% of new loans are now made at a DTI above five, while about a third are at a DTI above six. We do not think it is appropriate to calibrate the DTI restrictions to capture a very large portion of lending at current levels. This could create a shock to the housing market and the potential for unintended negative outcomes, such as disintermediation, ”the Reserve Bank said.

“As such, our initial view is that a DTI cap, if implemented, should not be less than six and possibly greater. We modeled the impacts of a DTI cap of six or seven in our initial assessment. “

“Further consultation on calibration will likely be necessary, if we proceed with the implementation of the DTI restrictions.”

Banks are currently setting their own test rates

In terms of test interest rates, New Zealand banks are currently setting their own means of assessing a borrower’s ability to continue to service debt should mortgage rates rise above going rates. These bank test interest rates have fallen over the past few years, reflecting the low interest rate environment.

“However, they declined more slowly than the official cash rate (OCR), and therefore the margin between test rates and OCR has remained relatively stable. At present, the weighted average test rate in the The whole sector is just over 6%, which represents a margin of 5.5% above the OCR of 0.50%, ”says the Reserve Bank.

The Reserve Bank says it is currently in favor of option (c).

“A benchmark rate plus a fixed cushion may be the most appropriate methodology to specify a test floor interest rate – because this matches our preference that a test floor interest rate is stable over time, moves automatically and be the same for all mortgage applicants. If we were to take this approach, we would need to specify a preferred reference, eg OCR, swap or whatever, next to the suggested buffer. “

“Option (c) would depend on the benchmark rate chosen. For example, mortgage rates are closely linked to changes in the official exchange rate. However, a longer-term rate, such as a five- or ten-year swap rate, might better reflect long-term trends in interest rates. To ensure that the benchmark is more stable over time, it could be reset periodically, for example every quarter. In addition, borrowers would all be subject to the same test floor interest rate, which would change automatically over time, ”the Reserve Bank said.

The debt service restrictions on which the Reserve Bank is consulted would be macroprudential tools alongside the restrictions on high residential mortgage-to-value ratios already in place.

“We are using macroprudential tools to reduce the financial stability risks associated with boom and bust cycles in the economy. This in turn helps us achieve our statutory goal of “promoting the maintenance of a healthy and efficient financial system”. The macroprudential tool used is the loan-to-value ratio (LVR). These measure how much a bank lends against a mortgaged property, compared to the value of that property, ”says Bascand.

“Although the financial system remains strong and banks are well capitalized, we are concerned that the combination of very high debt levels and unsustainable house prices pose risks to financial stability, especially if the inflows of Current high risk loans go unchecked. Adding more options to our macroprudential toolkit will help us address these risks if necessary, ”said Bascand.

“Our initial assessment indicates that the DTI restrictions are likely to be more effective than the test floors in supporting financial stability and sustainable housing prices. DTI limits link the availability of credit to income growth and therefore may be more effective in limiting debt levels over a longer period of time compared to other macroprudential tools. DTI restrictions are likely to take six to nine months to implement, while interest rate floors could be rolled out more quickly, making it a useful interim measure. “

“DTI restrictions can also be calibrated to minimize the impact on first-time homebuyers. This would align with the official directive given to us by the Minister of Finance and with our memorandum of understanding on macroprudential policy. “

Attempts by the RBNZ to add a DTI tool to its macro-prudential toolbox date from at least 2016, but have already been blocked due to concerns from politicians about the tool’s potential impact on first-time homebuyers. 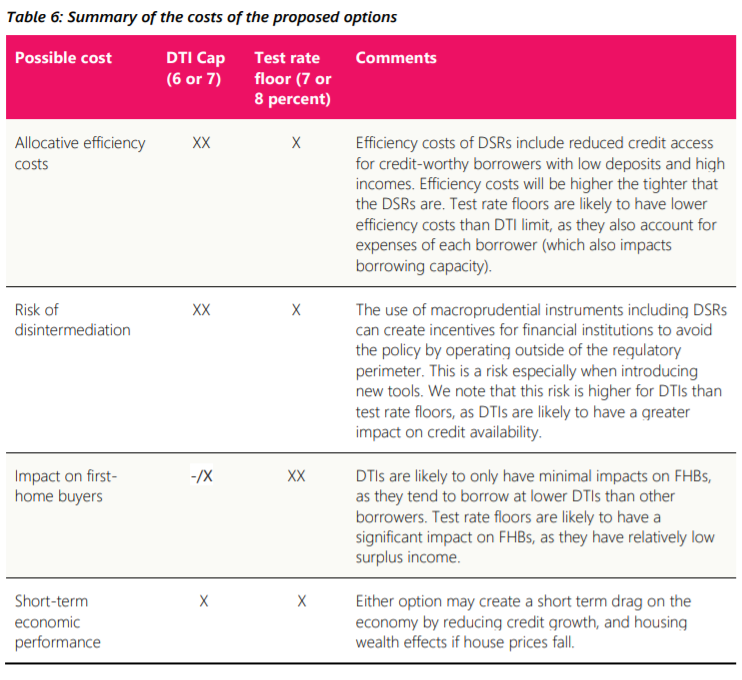 Previous Why are energy companies going bankrupt? As Bulb enters administration, here’s why UK energy providers are at risk
Next Satterfield’s lawyer files response to Murdaugh’s motion for gag order